And, a new feature of our sale:

select NON-fiction titles all free or $0.99.

These were the watchwords of old-school pulp fiction: fun, fast-paced, and immensely popular with readers.

The pulp era is coming back.

Blending timeless lessons from the grandmasters of the pulp era with the genres, tastes and technologies of today, PulpRev forges boldly ahead into the future of fiction.

Hugo and Dragon Award nominated writer Kit Sun Cheah teams up with Misha Burnett to compile a selection of essays on the PulpRev aesthetic from some of the leading writers in the movement.

Pulp on Pulp covers:
* How to plot like a pulp grandmaster
* How to write 5000 words a day
* The secrets of writing fantastic fight scenes
* Worldbuilding and character creation tips
* And many more!

PulpRev is the Revolution, Revival and the Renaissance of Pulp. Take the plunge into the new pulp era and become the best writer you can be!

How to Run a Marathon in 13 Years: How Hard Would You Fight for Your Dreams?
by JP Mac

Injured while training for a marathon, distance runner JP Mac learns his knee is wrecked. He’s finished for good. Or is he? Discovering a revolutionary new method of running, Mac attempts to reinvent his form. But over time, fate unleashes a series of cruel challenges.

Knee surgery is followed by shoulder surgery. Mac is diagnosed with cancer. A new form of cancer strikes next. Massive weight gain balloons him above 270 pounds. Mac plunges into a Marianas Trench of depression. He battles self-destructive urges. But the hope of running another marathon will not fade nor “go gentle into that good night.”

Part training log, part diary, this non-fiction memoir relates Mac’s incredible journey from washed-up marathoner to reborn runner. If you’ve ever been injured in a sport, this astonishing story is for you. If you’ve ever watched a dream slip away, this breath-taking tale is for you. Learn the amazing power of perseverance and mental toughness. Buy this book and discover the wonders that await when you allow your reach to exceed your grasp.

Why is IT support so painful? You have IT Demons!

It is time to exorcise these demons and see the light.

These are stories of real companies with real employees and the changes they made to get out of “IT Hell.” Learn from their journeys and transform your “Hell Desk” to a “Help Desk”

This book is the result of decades of IT support experience. The contributors come from all backgrounds and business types. From small business to mega-corporations, from privately owned to major government entities. All these business and organizations have one common thread, they had IT Demons.

Brian McCoppin is a senior IT professional with decades of proven experience transforming Help Desk and IT support at government and fortune 500 corporations. He interviewed dozens of IT professionals and have taken their learnings to share with you.

Follow their paths to change your Hell Desk to a Help Desk.

A Case for Mary: An Orthodox Evangelism for Curious Protestants
by David Knox

Mary was a virgin, but did she stay a virgin after Jesus born?

Did she live a sinless life?

In his debut work, David Knox explores these and other questions that have become points of contention between Protestants and Orthodox Christians.

Using scripture, history, culture, and linguistics, A Case for Mary shines a light on how, and more importantly why they may not be so unbelievable after all.

Training for War: An Essay
by Tom Kratman *FREE*

An essay and manual on training for war by retired Army lieutenant colonel Tom Kratman, creator of the popular Carrera military science fiction series, including novels A Desert Called Peace, Carnifex, Come and Take Them, and The Rods and the Axe.

Kratman’s contention: an army is for winning wars.

And to win wars, you have to train men (and some women) to be warriors, not police or social workers.

Herein Kratman gives guidance and a practical plan of action to officers tasked with training troops—advice than might be equally applied to other crucial training situations, as well.

Rarely has a character appeared on the American scene of greater color and controversy than John Charles Fremont.

Dubbed “The Pathfinder” for having conducted some of the first rigorous scientific explorations of the American west, emigrants used his maps and reports as their guide to Oregon and California.

Fremont was instrumental in the military campaigns which secured California for the United States, only to be arrested and court-martialed for mutiny and insubordination.

Appointed one of four major-generals at the outbreak of the Civil War, Fremont was placed in command of the Department of the West. Succeeding in holding wavering Missouri for the Union, Lincoln relieved him of his command amid allegations of widespread corruption.

Having earned a fortune from his California gold holdings, he was impoverished by railway speculation. Fremont’s life was a serious of glorious triumphs and dismal defeats. Through it all, he remained a figure adored by some and despised by others.

This short monograph considers the development of the Fremont biography, analyzing works about the life and career of John Charles Fremont in their historical context. The term “biography” will be used in a wide sense, to include works which may deal with only limited aspects of Fremont’s career. 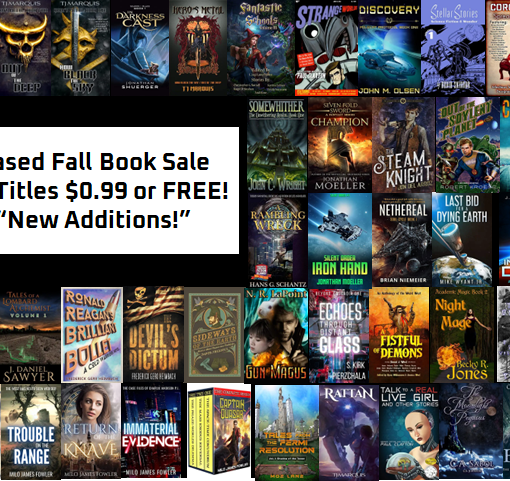 These titles have not appeared in recent sales: a great place to start looking for some fresh reads. Offerings include titles from […] 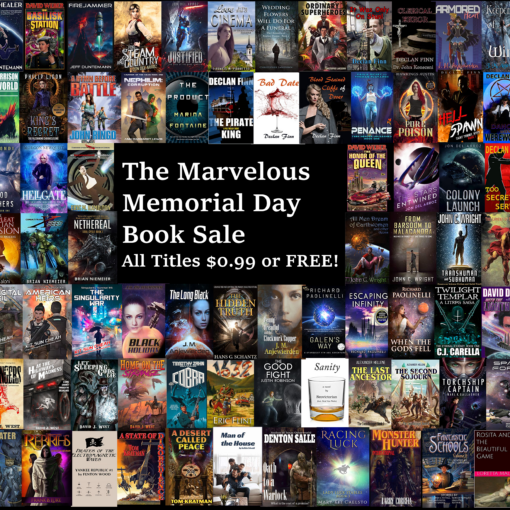 Celebrate Memorial Day Weekend by topping off your library. Select from over eighty titles each priced at $0.99, including more than a […]

Today, I am presenting a seminar on some diverse topics for the folks in the Antennas and Electromagnetics Research Group at Queen […] 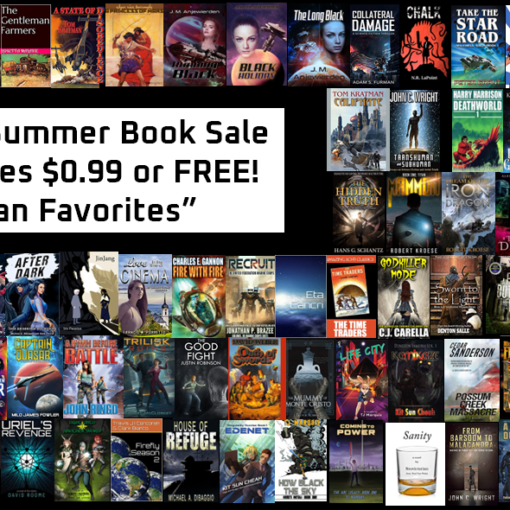