I’m honored that The Brave and the Bold is being mentioned in lists of the best fiction of 2018. I make a point of recommending other authors’ stories I particularly enjoyed in the afterwards of my own novels. Here are a few additional great works of fiction I’ll recommend as the year’s best.

Making Peace – Adam Smith Hired by an enigmatic patron, a romance novelist must unravel a mystery, and survive a bloody civil war on a brutal planet where conventional technology is forbidden and swords and sorcery reign. Starting from a ingenious premise, this first person narrative cleverly ties together science fiction, fantasy, and mystery in a novel and engaging fashion. The story is dark at times, and may be too violent for some readers’ tastes, but the end result is an inspiring tale of hope, loss, redemption, and perseverance. Don’t forget to read the amazing afterward, and here’s to long shelves well-stocked with incredible books like this one.

Dopamine – Mikhail Voloshin His company taken away by unscrupulous investors, an entrepreneur must thwart a high-tech criminal conspiracy to prevent a novel genetic engineering technology wreaking havoc. This is an amazingly well-grounded portrayal of the sometimes cut-throat world of venture-backed entrepreneurship and includes the best and most realistic portrayal of hacking I’ve read.

Pirates of the Electromagnetic Waves – Fenton Wood This is an amazing young adult techno-adventure reminiscent of Bertrand R. Brinley’s classic Mad Scientists Club. Set in an alternate universe nostalgically reminiscent of mid-century America, Wood tells the story of a boy and his young friends as they struggle to build and operate a radio station. I highly recommend this book, and I look forward to more Yankee Republic tales.

Hell Spawn and Death Cult (Saint Tommy, NYPD Books 1 & 2) – Declan Finn A New York Police officer blessed with special powers must confront the powers of darkness and evil’s human allies threatening his family and city. This remarkable pastiche of urban fantasy, horror, and police procedural delivers an amazingly powerful tale of good versus evil. Gritty, violent crime novels are a dime a dozen – and cheaper than that on Kindle Unlimited. They tend to feature twisted troubled sociopathic heroes who direct their violent impulses in constructive ways against society’s wrong doers. Think of Mickey Spillaine’s Mike Hammer as the archetype for this genre, or Dexter as a more recent example. Declan does a brilliant job portraying a stalwart family man blessed with special powers who uses them to protect his family and the public at large from unspeakable evil – a hero who is as genuinely good as the villains he fights are evil. 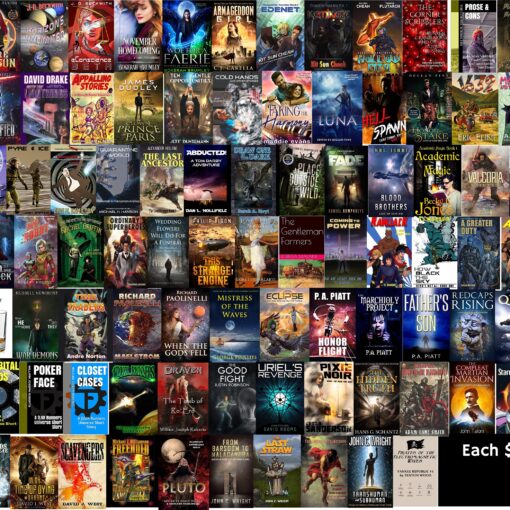 Celebrate Thanksgiving Weekend by topping off your library. Select from over eighty titles each priced at $0.99, including more than a dozen that are absolutely free.

ZUBRIN: Tax tyranny is upon us – Washington Times.

Some interesting new details are emerging on the Stuxnet virus and the damage it did to the Iranian nuclear program: Jerusalem Post […]