Here’s a press release from Q-Track on my recent discovery and publication… Cross-posted at Ratburger. Hans

Physicists have long been troubled by the paradoxes and contradictions of quantum mechanics. Yesterday, a possible step forward appeared in the Philosophical Transactions of the Royal Society A. In a paper, “Energy velocity and reactive fields” [pay wall, free preprint], physicist Hans G. Schantz, presents a novel way of looking at electromagnetics that shows the deep tie between electromagnetics and the pilot wave interpretation of quantum mechanics.

Schantz offers a solution to wave-particle duality by arguing that electromagnetic fields and energy are distinct phenomena instead of treating them as two aspects of the same thing. “Fields guide energy” in Schantz’s view. “As waves interfere, they guide energy along paths that may be substantially different from the trajectories of the waves themselves.” Schantz’s entirely classical perspective appears remarkably similar to the “pilot-wave” theory of quantum mechanics.

Schantz’s approach to electromagnetic theory focuses on the balance between electric and magnetic energy. When there are equal amount of electric and magnetic energy, energy moves at the speed of light. As the ratio shifts away from an equal balance, energy slows down, coming to a rest in the limit of electrostatic or magnetic static fields. From this observation, Schantz derives a way to quantify the state of the electromagnetic field on a continuum between static and radiation fields, and ties this directly to the energy velocity.

“The fascinating result is that fields guide energy in a way exactly analogous to the way in which pilot waves guide particles in the Bohm-deBroglie theory,” Schantz explains. “Rather than an ad hoc approach to explain away the contradictions of quantum mechanics, pilot wave theory appears to be the natural application of classical electromagnetic ideas in the quantum realm.”

His solution to the “two slit” experiment that has perplexed generations of physicists?

So which slit did the photon pass through?

Schantz applied these electromagnetic ideas to understand and explain how antennas work in his textbook, The Art and Science of Ultrawideband Antennas (Artech House 2015). He’s also co-founder and CTO of Q-Track Corporation, a company that applies near-field wireless to the challenging problem of indoor location. “There are things you can do with low-frequency long-wavelength signals that simply aren’t possible with conventional wireless systems,” Schantz explains. “Understanding how static or reactive energy transforms into radiation has direct applications to antenna design as well near-field wireless systems.”

Schantz chose an unconventional way of popularizing his ideas. “I was amazed that my electromagnetic perspective was not discovered and adopted over a hundred years ago. It was as if someone had deliberately suppressed the discovery, so I undertook to write a science fiction series based on that premise.” Schantz’s Hidden Truth series debuted in 2016, and he released the third volume in the series, The Brave and the Bold, in October.

Schantz’s next project is a popular treatment of his physics ideas. Edited by L. Jagi Lamplighter Wright, Schantz’s book Fields: The Once and Future Theory of Everything will appear in 2019.

Responding to complaints from AT&T mobility regarding interference, the Dallas Office of the FCC discovered a 5W cell phone jammer in operation […]

This insightful piece from the Huffington Post describes how the friendship of electrical pioneer Michael Faraday and landscape artist J.M.W. Turner influenced Turner’s […] 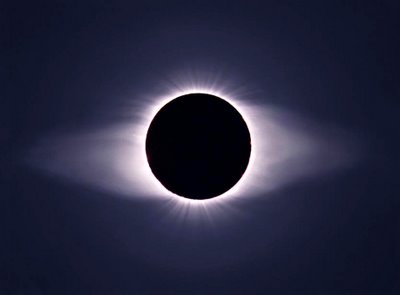 Long before the sixth century B.C., trade and commerce brought about an exchange of ideas among the cultures of the Mediterranean.  The […]