Last week, I traveled to the Allerton Park and Retreat Center to present a new paper on fundamental electromagnetic physics at the 2014 Antenna Applications Symposium. My paper, “On Energy Flow in Standing Waves,” analyzes and explains the propagation of energy in a variety of standing waves. The conventional point of view in electromagnetics holds that near fields only matter close to sources, sinks, or scatterers of electromagnetic energy. I argue that near-fields arise whenever multiple electromagnetic waves interact. Although fields pass through each other, in so doing, the individual waves exchange energy with each other. These insights have helped Q-Track create better precision location systems, and may be helpful in making antennas work better in multipath environments. The standing wave perspective also has fascinating implications. The propagation of electromagnetic energy from source to destination follows, not ideal optical rays, but rather a complicated meander or drift as particular fields perturb the energy of the collective electromagnetic superposition one way or another. Also, it appears that although electromagnetic signals and fields propagate at the speed of light, electromagnetic energy only rarely propagates so quickly and instead ebbs and flows at a drift velocity less than the speed of light. The full text of my paper, “On Energy Flow in Standing Waves,” is available if you sign up on ResearchGate.net.

A video of my talk is also available. 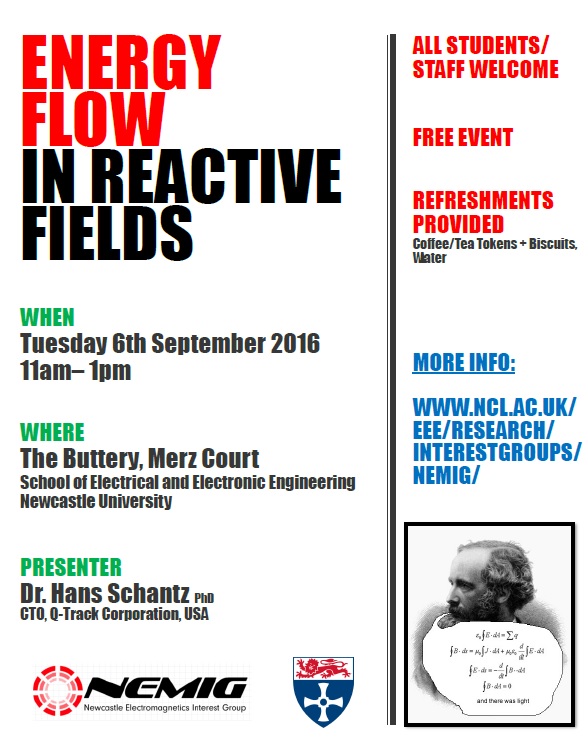