Previously, ÆtherCzar passed on the Air Force’s warning to service members to avoid geolocation services. The U.S. Army has the same concern. Here’s why.

GPS equipped smart phones and digital cameras can “geotag” photos – embedding GPS coordinates in the image that tell precisely where and when the picture was taken. The New York Times noted (Web Photos That Reveal Secrets, Like Where You Live) that Mythbusters’ Adam Savage posted a tagged photo of his jeep. An Army presentation passed on by  Freelance war correspondent Michael Yon observes how Savage not only showed the vehicle he drove, but also where he lives and the time he typically goes to work. This information would be of potential value to a stalker or someone who means to do him harm. The threat may not be significant in most civilian settings, but in military operations, geotags can be lethal. 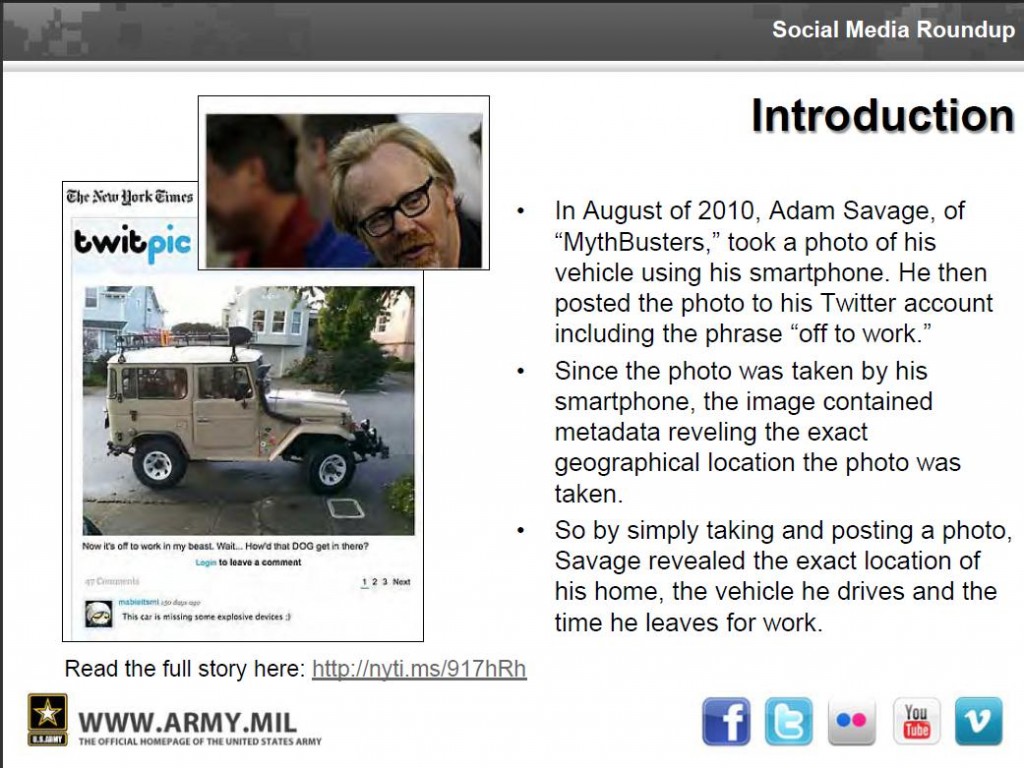 Something as simple as loading a photo of your bunk in Afghanistan to Flickr, then geotagging it, can bring a mortar right into your area of operation.

The presentation also includes a great summary of the leading location based applications (Foursquare, Facebook Places, Gowalla, SCVNGR) and how they work. Hat tip: Glenn Reynolds. 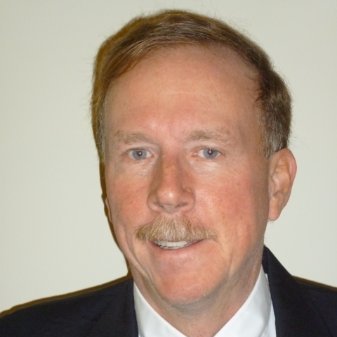 Last week, Joshua Brustein reported at the New York Times  that “Location-Based Services Have Not Caught On,” citing a Pew Center report […]

One thought on “When Geotags and Social Networking Turn Lethal”