Dr. Robert Emanuel “Bob” Collin was Professor Emeritus of Electrical Engineering and Applied Physics. Prof. Collin received his Ph.D. from Imperial College in London (1954) and then worked as a Scientific Officer in the Canadian Armament Research and Development Establishment until he joined the Case Institute of Technology as an Assistant Professor of Electrical Engineering (1958). Prof. Collin retired from CWRU as Full Professor in 1997. Along with his long career of research and teaching at Case, Prof.  Collin produced two classic textbooks in electromagnetics, Antennas and Radiowave Propagation (Mcgraw Hill Series in Electrical and Computer Engineering) and Field Theory of Guided Waves (IEEE Press Series on Electromagnetic Wave Theory), which are still available.

The following is a longer biography from one of his book’s Amazon page:

“Robert E. Collin is the author or coauthor of more than 150 technical papers and five books on electromagnetic theory and applications. His classic text, Field Theory of Guided Waves, is also a volume in the series. Professor Collin has had a long and distinguished academic career at Case Western Reserve University. In addition to his professional duties, he has served as chairman of the Department of Electrical Engineering and as interim dean of engineering.

“Professor Collin is a life fellow of the IEEE and a member of the Microwave Theory and Techniques Society and the Antennas and Propagation Society (APS). He is a member of U.S. Commission B of URSI and a member of the Geophysical Society. Other honors include the Diekman Award from Case Western Reserve University for distinguished graduate teaching , the IEEE APS Distinguished Career Award (1992), the IEEE Schelkunoff Prize Paper Award (1992), the IEEE Electromagnetics Award (1998), and an IEEE Third Millennium Medal in 2000. In 1990 Professor Collin was elected to the National Academy of Engineering.”

I particularly appreciated Collin’s fundamental physics-based approach to applied electromagnetics. His treatment of conformal mapping for analysis of transmission line impedance (in Field Theory of Guided Waves) greatly aided me in analyzing and implementing my invention of an ultra-wideband (UWB) horn radar antenna for use in a stud-finder (see U.S. Patent 6,538,615 Semi-coaxial horn antenna).

Previously, ÆtherCzar shared the story of the Lightsquared’s Skyterra-1 satellite with the 22m reflector antenna – largest ever deployed in space on […]

I recently ran across a fantastic introduction to antenna engineering as a profession. Peter Massey compiled his Antenna Engineer’s Guide with an […] 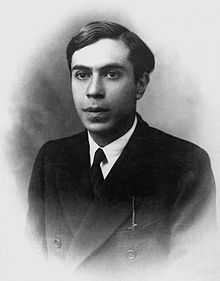