TSA has been introducing full-body scanners to perform a virtual strip search of air travelers. Although technically travelers have the right to opt out, the TSA discourages this behavior with aggressive and invasive pat-down searches. Initially, TSA denied punitive pat-down searches. Then they acknowledged testing a “more aggressive pat-down technique.” TSA began a more widespread implementation of this tactic at the beginning of November, and TSA agents have reportedly been quite open about that fact that the “enhanced” pat-down searches are specifically aimed to be so offensive as to coerce passengers into the scanners. In a blog post otherwise bluntly supportive of full-body scanning (the title, “Shut Up And Get In The Scanner,” gives a good idea of the tone of the writing), one former TSA screener writes:

It is a terror tactic by TSA to get you to walk through the more thorough body scanner.  I can’t defend TSA on this one.  I have talked to the TSA officers and it is no more effective than the old pat down procedure.  They tested it out with trainers and each other.  It is purely a terror tactic by TSA.

Other bloggers (with sharper tongues and stronger stomachs than I) have exhaustively documented the steaming mass of epic fail that is the TSA’s new policy. The aim of this post is to explain how full-body scanners work – and fail (after the break).

Unlike conventional transmission X-ray, which passes X-rays through an object to image its interior, backscatter X-ray scanners use low power X-rays to illuminate your body and catch the reflected energy to generate an image. The lower the atomic number (or “Z”), the stronger the reflection. Organic matter, like your body, is made of relatively low Z matter like carbon, oxygen, hydrogen, and nitrogen. This strongly reflects the X-rays yielding a brighter image. Lithium would also be a strong reflector. High Z materials, like most metals, will reflect poorly, showing up as dark splotches. Certain skin creams, like zinc oxide (used in sunscreen or baby diaper rash treatment), or titanium dioxide (also used in sunscreen) should reflect poorly. Iodine would also tend to be fairly absorptive. Lead should be particularly dark in an image. Here’s a really good technical discussion from one of the manufacturers’ web sites.

The other full-body scan approach is millimeter-wave technology. As you might guess from the name, it employs very short wavelength radio signals – with wavelengths on the order of a few millimeters. This RF technology – originally developed by Jagadis Chandra Bose in the 1890s (and no, that date is not a typo) – reflects strongly from conductive objects. The body is a weak to moderate reflector while metallic objects reflect strongly. In looking at the host of millimeter wave images available online, I suspect some have been mislabeled. A millimeter wave image should show a relatively dark body with bright guns or knives. Images showing a bright body with a dark gun are probably backscatter X-ray or may have been digitally processed in some way. A large difference in dielectric constant will also tend to reflect strongly. Glycerin, titanium dioxide, or other high dielectric constant materials are likely to contrast strongly against the body, particularly if they are a substantial fraction of a wavelength thick.

The effectiveness of full body scanners has been called into question. Liquid explosives and other organic contraband contrast poorly and are difficult to spot. And full-body scanners are completely useless for detecting contraband embedded inside the body. As security expert Bruce Schneier observed: “Full-body scanners: they’re not just a dumb idea, they don’t actually work.“

What to do? Vendors are already selling X-ray modesty garments of one form or another. And I wonder how long it will be before some enterprising vendor takes advantage of  contrasting X-ray and millimeter-wave reflectivity to offer T-shirts with anti-TSA messages designed to show up in the scans. While potentially cathartic, such tactics will probably backfire, however, only drawing increased scrutiny and harassment. Ultimately, the best solution is to pursue a remedy through the political arena, pressuring our lawmakers to rein in the TSA. A good place to start is by letting your senator know exactly how you feel in advance of tomorrow’s TSA oversight hearing. 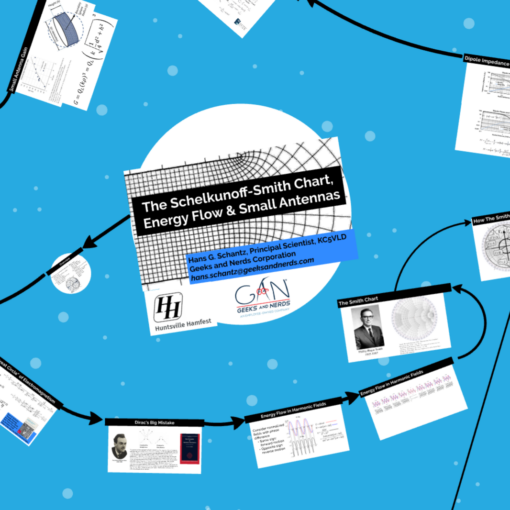 I gave a talk on what I call the Schelkunoff-Smith Chart, Energy Flow, and Small Antennas at the Huntsville Hamfest yesterday. Here’s […]

In 1905, an obscure patent clerk in Switzerland wrote four scientific papers, any one of which would have guaranteed his future fame. […]

In Sunday’s Guardian, Fred Pearce notes a benefit of “Climategate” is an increased acceptance of the need for scientists to be more […]

2 thoughts on “How Full-Body Scanners Work – and Fail”