John Herman Randall described Aristotle’s scientific investigation as “the passionate search for passionless truth.”  Many histories of science fail to capture the passion for discovery that motivates most scientists in their work. Lucy Jago’s The Northern Lights: the true story of the man who unlocked the secrets of the aurora borealis is a rare exception to this trend.

Jago tells the little known story of Kristian Birkeland, the Norwegian physicist who first inferred the true nature of the aurora – the colorful displays that often light the polar skies. Birkeland persuaded the Norweigian government to fund an aurora observation expedition to northern Norway. He supervised construction of an observatory on a remote and inaccessible mountain peak. Birkeland and his assistants carefully described auroras from adjacent mountains, establishing that auroras occur at heights in excess of 100km, not close to the ground as originally thought. They correlated auroral phenomena with disturbances in the magnetic field. And they braved arctic conditions that make Jack London’s Call of the Wild seem tame by comparison.

Birkeland’s expedition grossly overran its budget and no additional money was forthcoming – so he launched a career of invention and entrepreneurship to fund further research. He invented a process to electrically create synthetic fertilizer and became a co-founder of Norsk Hydro, Norway’s first major multi-national corporation. On the eve of the First World War, he invented the first “electromagnetic gun,” what we would now call a “rail gun” or “coil gun.” In between his entrepreneurial activities, he correctly determined the link between solar activity, geo-magnetism, and the aurora. His pioneering work in plasma physics was largely forgotten because of his “ridiculous” notion that the sun emits a high temperature plasma of charged particles that interact with the Earth. Only in the 1960s with the launch of the first interplanetary probes was it generally realized the Birkeland’s predictions were correct.

Although Birkeland suffered many personal and professional reverses and ultimately met a tragic end, his story, as told by Lucy Jago, is well worth the read. 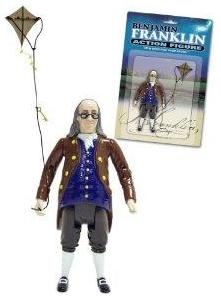 Last week, I shared a photo (right) with my Facebook friends of my “guest lecture” to my daughters’ kindergarten class. I had […]

Today’s post is on an obscure side note in antenna history. Henry Jasik is perhaps best known in antenna engineering circles as […] 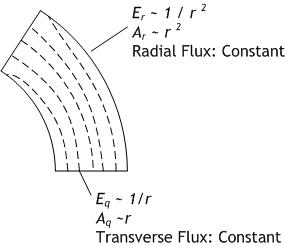 Maxwell first published his famous equations describing electricity and magnetic one hundred fifty years ago this month. In honor of the anniversary, […]