The Allies have secured a tenuous foothold in Normandy. VII Corps (including the 79th Infantry Division) accomplished its objective of capturing Cherbourg and securing the Cotentin peninsula. Now the Allies need to expand the beachhead, securing enough room to maneuver to enable a breakthrough attack.

The “bocage” country is characterized by dense networks of hedgerows. Each field is a natural fortification, making defense easy and offensive progress slow and costly.

The 79th Division has been assigned to VIII Corps within the U.S First Army with the job of securing and advancing along the extreme right (western) flank of the Allied advance, down the western shore of the Cotentin peninsula. Tomorrow, the 79th Division will join the 90th Division and the 82nd Airborne Division in an attack aiming at capturing la Haye-du-Puits and the Mont-Castre hills on their way to taking Lessay. 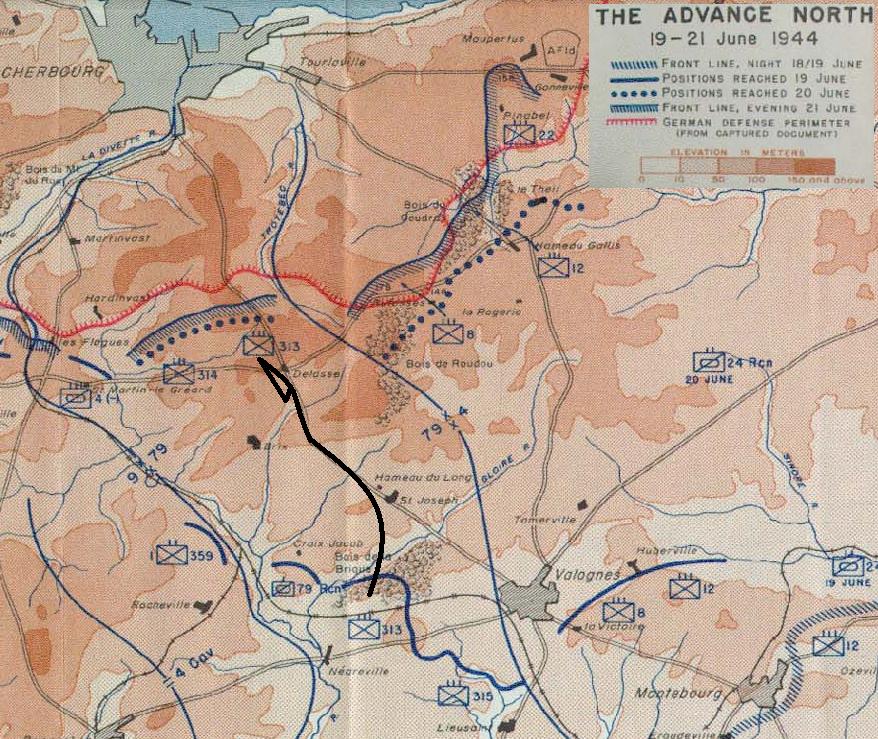 The 315th Regiment struggled yesterday 19 June, 1944 due to scattered resistance around the town of Valogne, so General Wyche decided to […]

The 30th Infantry Division moved across the Seine to assist the 79th Division in extending their bridgehead, today 27 August, 1944.  The […]

The 313th Regiment reached an assembly area just north of the Belgian border at about 03:00 this morning. The rapid advance has […]