The surrender ultimatum expired without word from the German commander of Cherbourg.  Allied troops withdrew 1000 yards from the front and today, 22 June 1944, at 12:40, the Air Forces began an 8 minute attack on the German first-line positions.

The 313th was to continue along the Valognes-Cherbourg highway jumping off from Delasse at 1400 with the fortified positions at les Chevres as the first objective.  When the 1st battalion received fire the  3rd pushed up from the left, the 1st battalion attacking frontally. By the end of the day the 313th had broken through at les Chevres.

The 79th Division History records the words of Baltimore Sun correspondent, Lee McCardell who was accompanying the troops:

So-called pill boxes in the first line of German defenses which the 79th Division assaulted in the attack on Cherbourg were actually inland forts with steel and reinforced concrete walls four or five feet thick.

Built into the hills of Normandy so their parapets were level with surrounding ground, the forts were heavily armed with mortars, machine guns, and 88-mm. rifles-this last, the German’s most formidable piece of artillery.

Approaches were further protected by mine fields, barbed wire, and anti-tank ditches at least 20 feet wide at the top and 20 feet deep.

Each strongpoint was connected to the other and all were linked to the mother fort by a system of deep camouflaged trenches and underground tunnels. The forts and pillboxes were fitted with periscopes. Telephones tied in all defenses.

Entrance to these forts was from the rear, below ground level, through double doors of steel armor plate which defending garrisons clamped shut behind them. The forts were electronically linked and automatically ventilated.

Below a casemented gallery in which the guns were located firing through narrow slits, were two underground bomb-proof levels packed almost solidly with cases of canned food, artillery shells and belted ammunition for machine guns.

In several instances after forts had been captured and apparently cleared of the enemy, more Germans were found hiding in these deep bomb-proof sub-basements. Sometimes the sub-basements were not discovered until our engineers had blown up captured works with dynamite.

Such was the Cherbourg Line which the 79th Division cracked. How they managed to crack it still baffles us. 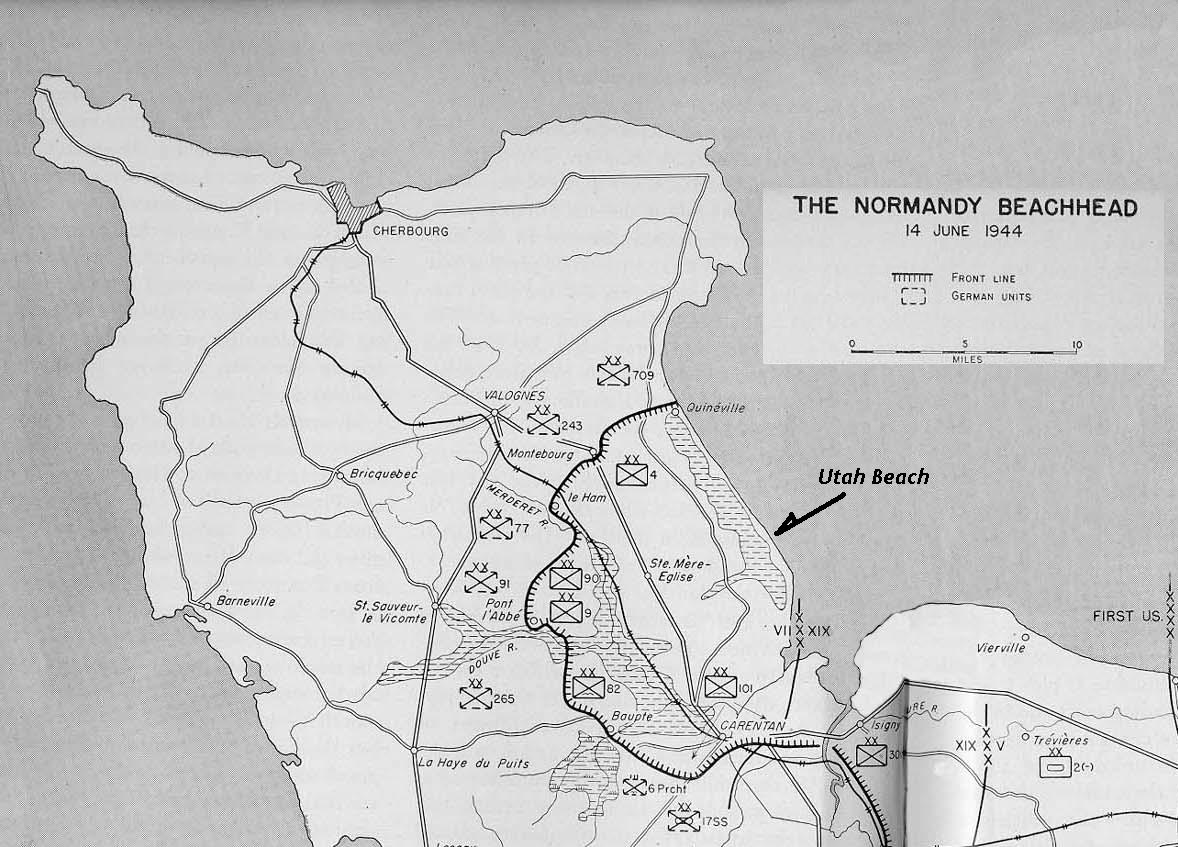 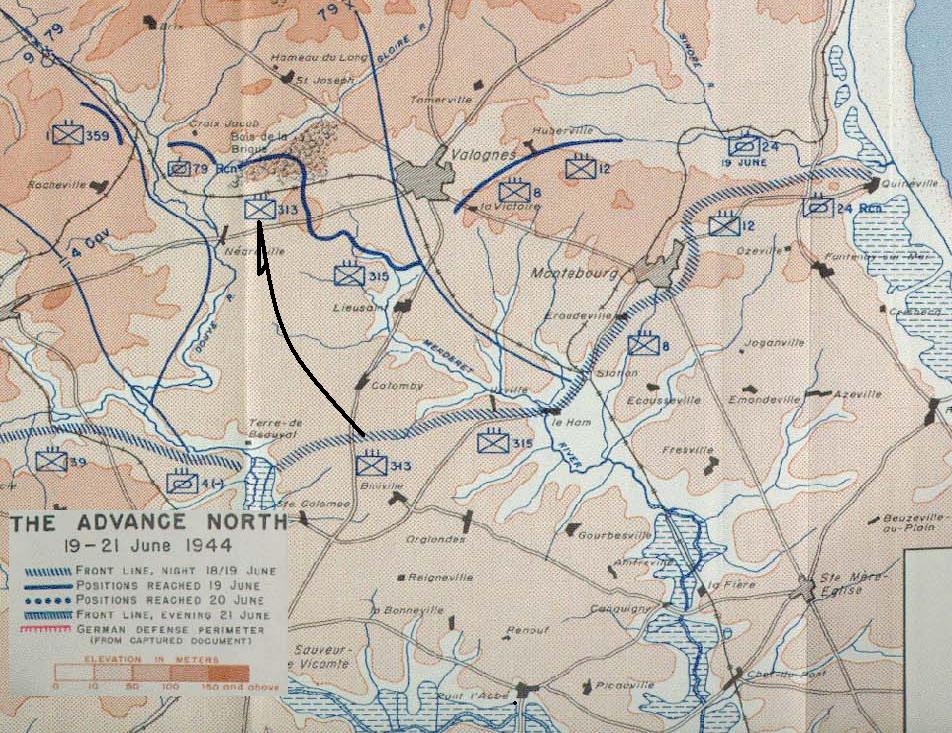 The 313th Regiment Objective is the high ground west and northwest of Valognes, on the road to Cherbourg.  Paul Farnum’s First Battalion […] 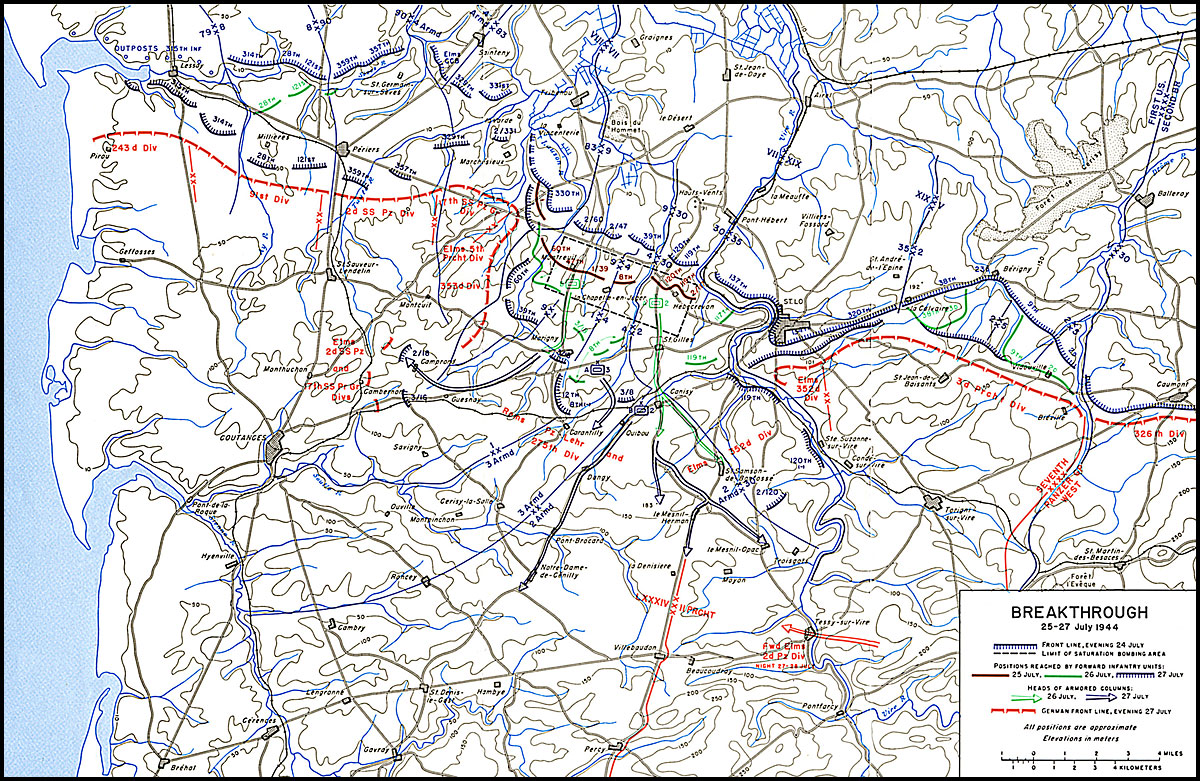