North of Barneville-Valognes-Montebourg line the Contentin Peninsula is hilly, gradually increasing in height toward Cherbourg.  To the south the land is flat and marshy with several small streams. Much of the marshy area has been flooded by the Germans.  The terrain consists of cultivated fields surround by high hedgerows. The ground makes defense easy and offense a challenge. Each field became a separate battlefield.  There is no observation, no place where artillery can see to the front.

The Allies are currently meeting their logistics needs through “Landing Ships, Tank” (LST’s) that can offload trucks and cargo directly to beaches, and artificial harbors called “Mulberries.” The American Mulberry is deployed at Omaha Beach, the other further east in the British sector. But an expanded beachhead with more Divisions means more logistics. The Allies are determined to capture the port city of Cherbourg to enable the supply of the much larger Army needed to break out of the beachhead and bring the war home to Germany.

The 313th Regiment was alerted today, 16 June 1944, for a possible move to meet a German counterattack, with an alternative mission […] 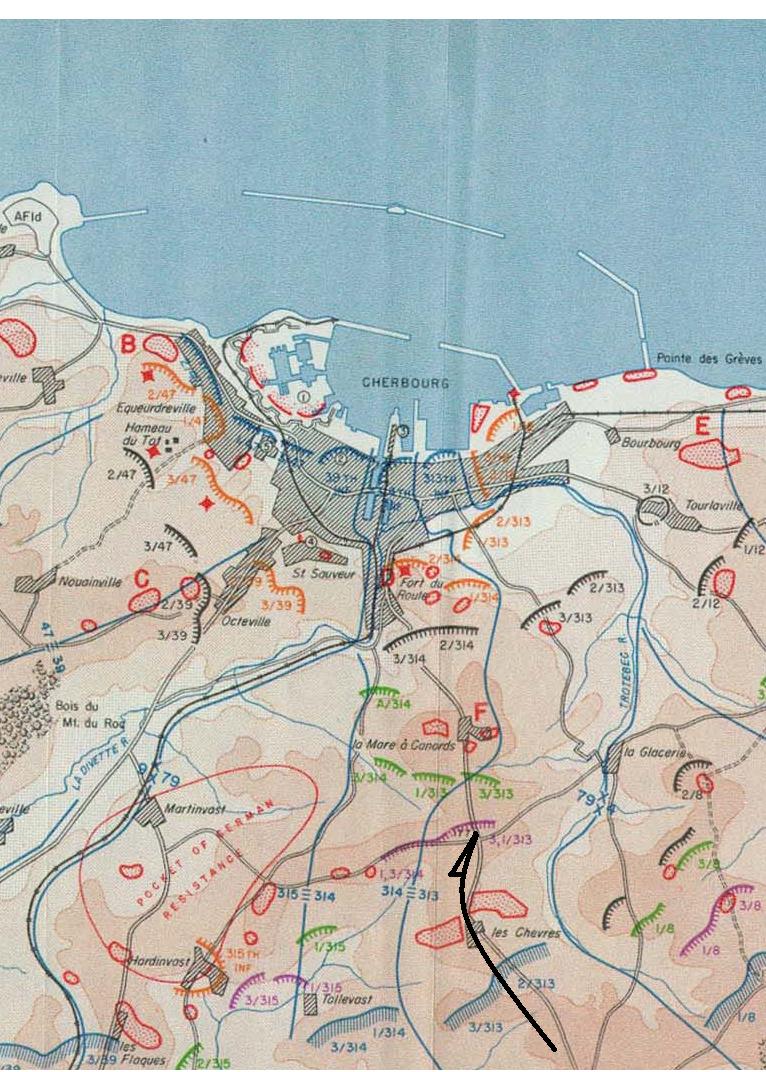 The surrender ultimatum expired without word from the German commander of Cherbourg.  Allied troops withdrew 1000 yards from the front and today, […]