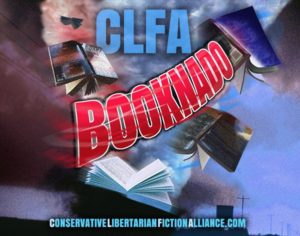 It’s time for the September Booknado from the Conservative Libertarian Fiction Alliance!

I haven’t read all of these but I was impressed with last month’s selections – including The Hidden Truth! Best of all, when you buy using these links, you support CLFA through the Amazon affiliate program:

The Sacred Stars (The Shadow Space Chronicles Book 4) by Kal Spriggs
Ensign Alannis Giovanni must confront alien foes and enemies from her past to save the lives of her shipmates and unravel a mystery ten thousand years in the making.

Woe for a Faerie: Keepers of New York (Book One) by B. Brumley
One choice changed my world…

Torchship Pilot by Karl K. Gallagher
When war breaks out, a freighter crew has to do missions a warship can’t do.

A Moon of Their Own by Dwight R. Decker
Trapped in an orbiting theme park gone mad, teenage cousins have to find a way home again.

The Lesser Sin by D.B. Corey
The Sinner Is Here. Someone’s time is up.

Out of the Dell (Waking Late Book 2) by Laura Montgomery
A lost starship. A lost colony. A band of awakened sleepers.

Wolf Killer (The Hammer Commission) by John Van Stry
The government has finally decided it needs its own agency for dealing with paranormal crime. And Mark has been sent to train them.

Underlake by Kia Heavey
In the throes of growing up and growing apart, Katie discovers the most unusual boy swimming in her lake and for the first time in memory, she connects. 99¢ 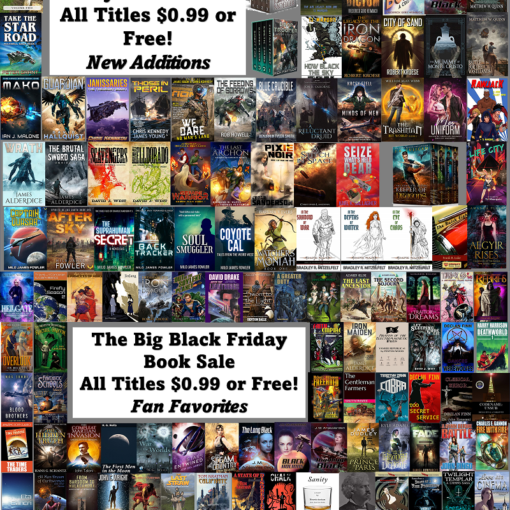 Every title $0.99 or free! Celebrate the holidays with over a hundred outstanding titles from established and emerging talent, each priced at […]

One of the great pleasures of having written a book is hearing feedback from readers. I’m particularly interested in readers who have […]