Long before the sixth century B.C., trade and commerce brought about an exchange of ideas among the cultures of the Mediterranean.  The ideas of the time are somewhat sketchy.  We have to rely on fragmentary evidence, on quotations (perhaps taken out of context) that were preserved in the work of later scholars like Aristotle, Herodotus, and Simplicius.

In Miletus during the sixth century B.C., there lived a philosopher known as Thales.  He is said to have predicted a solar eclipse that can be precisely dated to May 28, 585 B.C. If reports are to be believed, Thales was a talented military engineer – diverting a river, according to Herodotus, and deriving some of the basic axioms of geometry according to other sources. Thales is said to have taught that all things consist of water, and that the phenomena of nature were manifestations of water in its various forms.  In Thales, we see something shockingly new:  the idea that nature consists of physical entities obeying certain natural laws.

We can’t be certain how definite a break Thales was making with the old idea of animism.  Aristotle, for instance, notes: “Certain thinkers say that soul is intermingled in the whole universe, and it is perhaps the reason that Thales came to the opinion that all things are full of gods.”  Perhaps Thales did not entirely turn his back on animism – the idea that sentient spirits or gods control the physical world around us, but his suggestion that water was somehow a primal substance set a precedent for later thinkers to follow.

Science did not come into being on any particular date, but since Thales was the first “scientist” about whom we have credible details of his scientific work, dating the birth of science to the singular event in his career that we can precisely date seems appropriate.

Hat Tip: Bob Park (who also has worthwhile things to say on the subject of  “antennaphobia“).

Here’s a selection of some of the most interesting features we’ve seen on the Internet this week: Physicist Frank Tipler observes that […]

Keith Cooper reports on an intriguing new theory for why ET has not phoned us yet, in The Frugal Alien’s Beacon at […]

A hilarious parody of science reporting from the Guardian’s Martin Robbins: This is a news website article about a scientific finding 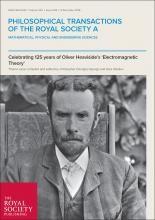 Here’s a press release from Q-Track on my recent discovery and publication… Cross-posted at Ratburger. Hans Physicists have long been troubled by […]