The Hugo-nominated short story “Opera Vite Aeterna (epub, mobi)” by Vox Day touches on questions of immortality and religion in the context of a well-crafted tale of friendship, loyalty, and betrayal. My review includes many spoilers, so I strongly recommend you read it yourself, before continuing – after the break.

The story opens on an unearthly world with two moons at an isolated monastery on a frontier. A mysterious elf arrives, traveling alone. The elf, Bessarias of Elebrion, is on a quest. We learn that another monk visited the elf’s people and by the power of his god, defeated one of the elf’s “magister” colleagues. In fear, the other elves tortured the human monk until Bessarias killed the human out of mercy. Now Bessarias is in search of the god that gave the human monk his power. The elf is seeking out the “Tertullian” order to which the martyred monk belonged.

Father Waleran, Abbot of the monastery, explains that he and his brothers are members of a different order, yet worship the same God. He invites Bessarias to spend the winter in study with them. At the end of the winter, Bessarias proposes to copy the entire body of their sacred writings – all 45 books – and contribute the resulting manuscript to the monastery, saying, “If you are correct, there can be no better way to spend my days immersed in the words of the world’s Creator. And if you are not, the the world will be richer by one more object of beauty and knowledge, however questionable the later may be.” In exchange, he requires Father Waleran to answer his questions, which condition the Father readily accepts.

A visitor interrupts their initial theological discussion. An elven colleague of Bessarias has dispatched a demon in the form of a fox to the monastery gate. The demon demands Bessarias return home. Bessarias declines, and the demon vows to return each year until Bessarias changes his mind. Years pass. Bessarias works on his manuscript. Heathen elf and devout Abbot spar, argue, and debate. Father Waleran takes copious notes on his discussions and arguments with the elf. Each year the demon returns in a different form and Bessarias sends him away.

After Bessarius has completed the 37th of the 45 books of scripture, he travels to a nearby city in search of additional supplies and pigments to finish his project. In his absence, Bessarias’ erstwhile colleague betrays him, dispatching goblins to attack the monastery. On his return, Bessarias finds the monastery deserted save for the bodies of the slaughtered brothers. Bessarius finds Father Waleran’s body under the crucifix. In despair, Bessarias addresses the symbol of his friend’s god:

I don’t know you. I don’t believe in you. I have no use for you you sad wooden fraud. But my friend served you with all the loyalty you could ask of any Man. So, if you have any power at all, I ask one thing of you, one thing only, and then we are done: Let it be as he believed. Let him find life beyond the grave. Welcome him into your Heaven. Walk with him in your golden streets and give him the answers he sought.”

The dead god didn’t answer. It stared impassively at him until at last Bessarias could no longer hold its blank, lifeless gaze. He turned his face aside, raised a hand to his eyes, and wept.

In a postscript some centuries later, we learn that Father Waleran’s notes of his arguments with Bessarias have become part of a sacred book, acknowledged as a pillar of his successors’ faith, although the Father himself has been forgotten. And we learn that Bessarias must have completed the manuscript after the murder of his friend, because scholars in the future marvel at the remarkable coincidence of the beautifully-illuminated completed manuscript penned by a single unknown hand having been found at the same cloister – a cloister of the Tertullian order that had been Bessarias’ original goal.

And yet, whatever the motives of the inhuman elf, he has secured immortality for himself and for his friend – the only form of immortality agreed to by believer and non-believer alike: the creation of a work so great and so memorable as to guarantee audience for one’s words into the distant future. A young scholar marveling at Bessarias’s “object of beauty and knowledge” from across the centuries says, “This is immortality, Father. The body dies, the soul ascends, but the mind lives on forever through these words.”

Vox Day tells his story in third person, yet keeps us informed of the human character’s thoughts and feelings. Brother Sperarus, on duty at the gate when Bessarias arrives, wonders what an elf is doing traveling alone and what business he has at the monastery. He is surprised at the elf’s courtesy and startled at his odd grammar. Father Waleran, Abbot of the monastery is similarly curious about the elf’s purpose and mission. He is troubled when Bessarias describes how he killed a monk rather than see the monk tortured at the hands of his fellow elves. The human characters – their feelings and reactions – are an open book to the reader. But the elf’s inhuman thoughts and motivations may only be inferred from his words and deeds. Like the human characters in the story, we have to seek meaning and understanding from our observations of the elf’s actions. And ultimately, Bessarias is a cypher whose motivations remain a puzzle to the end.

In today’s bloodthirsty fantasy genre, all too often “guy rapes his sister next to the corpse of their murdered child” (and sadly, I’m not exaggerating) is considered the epitome of high-brow artistic sophistication. I find it encouraging and refreshing to encounter an author like Vox Day, who can craft a subtle, complex, and powerful story through the old-fashioned method of plot and character development, rather than falling back on the shock value of depravity to stimulate his readers. Vox Day has helped restore my faith in the possibility of quality contemporary fantasy.

To that end, I’ve signed up as a supporter of LONCON3. For $43, I will be a member of the group that gets to vote on the Hugo award. I’m looking forward to the opportunity to review the other nominated short stories to see if they can exceed the high bar set by Vox Day. I’m also looking forward to reviewing the nominees in the other categories. Fans and readers who have been turned off by the state of contemporary science fiction and fantasy may wish to reconsider their decision. A brash crew of insurgents, like Vox Day, working largely outside the mainstream publishing industry, are in the process of reinventing the genre.

From the July 1927 issue of Popular Science, the ‘latest’ thinking on “Wireless Power Transfer.” The article quotes contemporary expert opinion from […] 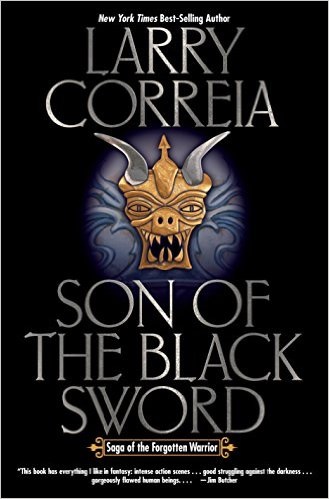 Corrupt forces nudge a young man to become the preeminent enforcer of law in his society, but when he discovers the secrets […]

I’ve joined Joshua Zader, founder of AtlasSphere, as a co-blogger at the Atlas Shrugged Movie Blog. This is an unofficial fan-run web […]