A young engineer applies innovative analysis to determine that a dam designed by his firm’s most senior engineer is in imminent danger of collapse and then must take matters into his own hands when his findings are ignored.

Robert Byrne’s The Dam (1981) pits the analysis of a brilliant but inexperienced junior engineer against the condescension of senior colleagues more concerned with their reputations and status than with the truth. In this scene, Dr. Phil Kramer has just explained his analysis to his firm’s number two partner, Herman Bolen.

“I’ve heard enough.” Bolen rasied his voice slightly and lifted his hand for silence. He could be firm and decisive when he had to be. “This is a serious matter. Something must be done and I’m not sure what.”

“Well, the spillway gates could be opened to start lowering the reservoir and a special inspection could be made of – “

“I don’t mean the dam,” Bolen said, practically shouting. “I mean you! I don’t know what should be done about you.” Surprised at his own vehemence, he lowered his voice to a whisper…. “I hired you and so I feel a special responsibility. The failure lies with you, not with the dam.”

Ultimately of course, young Dr. Kramer is correct and the lengths he must go to in order to sound the alarm remind me of Theodore Honey’s heroics in Nevil Shute’s No Highway (my review of the movie, here). Here again, Byrne focuses on the virtue of forming one’s own opinion and the courage to act on it.

I just attended the pre-release screening of Atlas Shrugged Part One, and I’d like to share my first impressions. Take this as […] 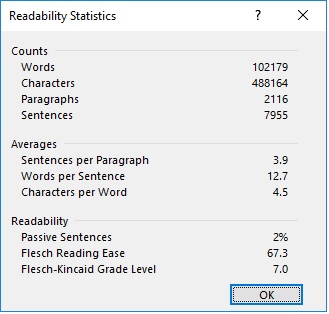 Microsoft Word can analyze a document for readability. You can access this feature through the menu path File> Options> Proofing> Show Readability […] 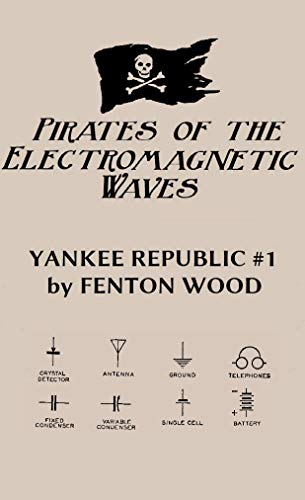 One thought on “Book Review: The Dam, by Robert Byrne”