Physicist, woodworker, and patent attorney, Steve Gass, invented the “SawStop” system ten years ago.  SawStop technology detects when a saw blade makes electrical contact with a finger and brakes the saw blade before it can do more than give you a small nick (see the video ,below). This is an interesting and potentially useful safety technology. NPR recently provided an update.

The system has become common in high-end cabinet saws – but SawStop technology has been slow to penetrate consumer grade woodworking. Manufacturers cite liability and reliability as concerns, but one of the largest drawbacks as cost. With low end table saws costing as little as $100, the SawStop system would double the cost, and SawStop would want royalties on top of that.

Gass and his partners petitioned the Consumer Product Safety Commission (CPSC) (Part 1, Part 2) to mandate SawStop technology on all power saws back in 2003. Public comments are available here (Part 1, Part 2, Part 3). Many of the commenters objected to being forced to buy the SawStop system. SawStop counters:

Mandatory standards should be enacted because consumers do not have the information necessary to make a fully informed choice. Specifically, consumers do not know the number of injuries occurring on table saws, the severity of these injuries, the likelihood that they will suffer an injury, the economic cost of these injuries, or the cost of implementing a system like SawStop. If consumers had that information, it is likely that they would choose to pay the extra marginal cost to obtain a saw equipped with a system like SawStop. The Consumer Product Safety Commission, on the other hand, has that information, and the information demonstrates that the public interest is best served by adapting the proposed standard.

The “our customers are too ignorant to buy our product so they should be forced to buy it” sales pitch has not been terribly well received. Many skilled woodworkers are comfortable with the risks involved in using table saws. Given the choice, they would prefer to spend their money on tools other then the SawStop system. So now the company is embarking on a strategy of encouraging suing saw manufacturers. In a recent lawsuit, a Boston jury awarded a $1.5M verdict in favor of a man who lost a couple of fingers using a low-end Ryobi table saw.

The SawStop system is very impressive. Their tactic of bypassing consumers and attepmting to force the system on them is less so.

Here’s a Japanese view on the litigiousness of American society: “It’s not unusual for an elderly person like yourself to think of […] 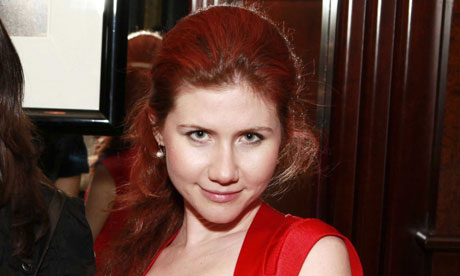 Geoff, blogging at Innocent Bystander, updates the unemployment rate monthly, comparing it to the Obama administration’s original projection. Here’s the update though […]

Science fiction writer, James P. Hogan, died Monday July 12 at his home in Ireland. He was 69. More from io9.com.