Conventional RTLS typically relies on one of three general approaches:

As DF came of age after the First World War, inventors sought techniques other than DF and Amplitude Ranging to implement RF-based location systems. Inventors began to develop Time-of-Flight based systems. But they also explored a wide variety of other less conventional approaches. This post will review four novel approaches to RF-based location all invented in the 1920’s and 1930’s: 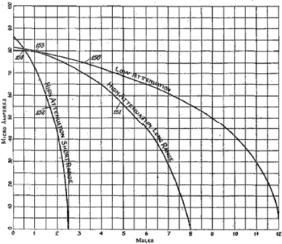 Richard Howland Ranger (1889-1962) of RCA proposed a ranging system requiring synchronized oscillators between a transmitter and a distant receiver. [1] Ranger’s system involved counting the beats between the synchronized oscillators to determine how many half-wavelengths the distance has changed from some starting point. The degree of precision necessary to make this system work remains as unachievable today as it was then. The Figure above shows Ranger’s concept.

In ground wave propagation, higher frequency signals tend to attenuate more quickly with distance than lower frequency signals. Edward Gage proposed an RF ranging system based on the physics of this differential attenuation in 1930. [2], [3] This interesting approach to the problem of RF-based location does not appear to have achieved any widespread success, however. 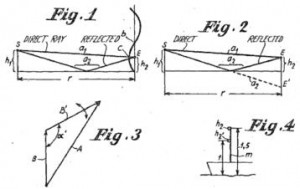 Runge’s US 2,134,535 (1938) distance determining system employed the interference between direct and reflected signals as a navigational aid.

German engineer Wilhelm Runge (1895-1987) invented a marine ranging system that used interference between direct and reflected signals to indicate distance as a navigational aid. [4] The Figure shows Runge’s invention. Runge went on to play a key role in the development of German radar during World War II.

Time-of-flight or transponder ranging traces its origin back to the radio range finder invented by Alexander McLean Nicolson (1880-1950) in 1930. [5] Nicholson invented the concept of transmitting a signal from a first point, receiving and reradiating it from a second point. By measuring the time-of-flight, one may infer the range. Nicolson’s system operated “on the principle that for every unit of length, there is a frequency which when reflected will have a phase shift equal to 180° or 360°. That is, by tuning the oscillator and broadcasting a certain frequency to a reflecting station, the return wave and the initiated wave will exactly neutralize or will double in value (if the original and return amplitudes are equal) at two definite distances.” The Figure below shows his scheme. 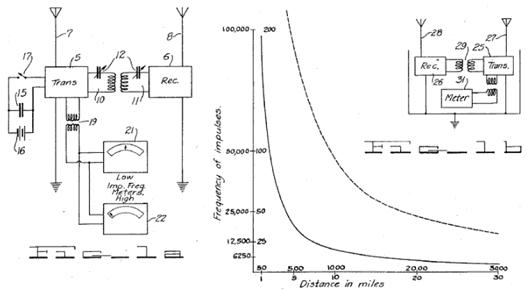 Nicolson’s US 1,945,952 (1931) radio range finder employed standing waves, exploiting time-of-flight of a signal to a transponder and back to determine range.

I’m passing on another press release from my company, Q-Track. The Q-Track team at I/ITSEC is having a great show and wanted […]

Some of the latest happenings in wireless, just in time for Wireless Wednesday: Steven J. Crowley’s always interesting Experimental License Updates. Why […]