It was one of the most memorable television events of the 1970s: a twelve hour mini-series that traced the story of author Alex Haley’s Roots back to an African ancestor. In one of many gripping episodes, an African Muslim, “Kunte Kinte” (played by LeVar Burton, minus the iconic Star Trek visor), was kidnapped by evil white slavers, carried to the African shore, and dispatched to America never to see his homeland again. It made for a powerful drama (now available on DVD) that brilliantly illustrated the evil of slavery. This is the version of history I was taught in school.

A few weeks ago, I noted a remarkable article by Henry Lewis Gates, Jr., “Ending the Slavery Blame-Game.” Dr. Gates explained that exploration of the African interior by Europeans was an eighteenth century endeavor. He further reported research that 90% of Africans shipped to the New World were in fact first enslaved by their fellow Africans and then sold to European slave traders.  More here. Alex Haley’s work, though powerful and illustrative of the evil of slavery, left something to be desired in precise historical accuracy.

I became familiar with the history presented by Dr. Gates, thanks to a remarkable book by Fergus Fleming: Barrow’s Boys: A Stirring Story of Daring, Fortitude, and Outright Lunacy. A lengthy excerpt is available here. John Barrow was Second Lord of the Admiralty for Great Britain during most of the first half of the nineteenth century. From his position of authority, he more or less single-handedly guided Britain’s efforts at exploration. Any blank areas on the map, he took as a personal affront. Barrow was unstinting in his efforts to resolve the mysteries.

The geography of west Africa and the flow of the Niger River was one such mystery. Some, Barrow among them, were convinced that the Niger flowed into the Nile, possible via Lake Chad. No European knew for sure, because the European presence in Africa was at that time a thin veneer of coastal outposts, wracked by diseases to which European had little immunity. In one effort, the Italian archeologist Belzoni landed at Benin in 1823 aiming for Timbuktu (Tombouctou). He died of dysentery having penetrated all of ten miles inland.

Barrow sponsored overland expeditions that penetrated the Sahara desert from the north at Tripoli and from the south at the Gulf of Benin. Barrow’s explorers followed the routes of the slave caravans across the Sahara braving the extreme conditions, bandits, and war and turmoil among the kingdoms of the African interior. In several cases Barrow ended up sponsoring expeditions to seek traces of earlier expeditions that had vanished without a trace. Finally after a decade of such explorations, explorer Richard Lander would successfully link the Niger to the Gulf of Benin.  Reality fell short of Barrow’s dreams. The Niger emptied into the Gulf of Benin, not the Nile. Timbuktu was much reduced from its Golden Age centuries past as a center of trade and learning. But Barrow had filled in the map of west Africa. 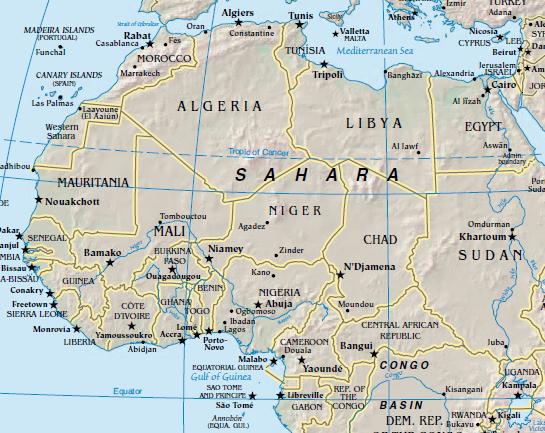 Another area of further interest to Barrow was the Northwest Passage. Expeditions he arranged were the first to complete the passage but at a tragic cost in lives. In addition, Barrow sponsored James Ross’ explorations of the Southern Ocean. But these expeditions will be a topic for a future post. Barrow’s Boy’s and Roots are both available from Amazon.

The mark of a really great book is that there’s a great deal to say about it. Twice now Fergus Fleming’s Barrow’s […]

Here’s a remarkable animation by Alexey Zakharov of Moscow, Russia. Using period photographs, he deftly animated them, bringing a variety of early […]

2 thoughts on “Slavery and Exploration”